Thanksgiving Around the World 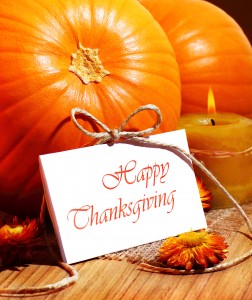 How do you celebrate Thanksgiving?

This coming week, we celebrate Thanksgiving. This holiday is generally thought of as a day where we celebrate the first harvest feast among the Pilgrims and the Wampanoag tribe of Native Americans. But while it does have the connection between the Pilgrims and Native Americans, this holiday was actually declared by President George Washington on 1789 to be celebrated on Thursday, November 26. Washington intended this day to be a day of “public thanksgiving and prayer”. Washington’s holiday was only for that year and it wasn’t until 1863 when President Abraham Lincoln declared it an official holiday to be celebrated on the fourth Thursday of November every year. But while this holiday is celebrated around the U.S., it is actually a day that is celebrated throughout the year in other parts of the world. So how is this holiday celebrated around the world? Let’s take a look!

Canada is the first stop on this international flight. Arising from the same European origins of harvest festivals as the American holiday, Canadian Thanksgiving was first celebrated in 1578 when an English explorer, Martin Frobisher, gave thanks for his fleet’s safe travels. It was declared a national holiday in 1879 and is celebrated on November 6th with the same foods as American Thanksgiving.

Japan’s Thanksgiving is known as Kinro Kansha no Hi and is the modern day name of the ancient ritual known as Niinamesai or Harvest Festival. This modern day ritual is tied to a celebration of hard work and community involvement, hence its translation: Labor Thanksgiving Day. While Niinamesai has been celebrated for thousands of years, Kinro Kansha no Hi was created in 1948 and was intended to celebrate workers’ rights in post-WWII Japan. This day is celebrated with labor organization-led festivals and children creating crafts and gifts for local police officers.

Grenada’s celebration does not share origins with the American version, but it did all start with the Americans. In 1983, the U.S. military invaded the West Indian island after the death of the communist leader, Maurice Bishop. When the American soldiers told the locals about their upcoming Thanksgiving holiday and its feast and origins, the locals worked in secret to put together a feast for the soldiers complete with all of the fixings. Today, this celebration is full of formal ceremonies of remembrance.

Germany’s equivalent to Thanksgiving takes place on the first Sunday in October. Erntedanktag is essentially a harvest festival to give thanks for a good year and good fortune. In rural areas, the harvest aspect is taken literally, but churches in cities often hold festivals where people wear Erntekrone, a crown made of grain, fruit, and flowers. Although turkeys are also eaten, most people favor fattened chickens, hens, castrated roosters, and geese for their feast.

So whether you sit down as a family at your dinner table or go out for Chinese food and a movie, there is always something unique about the way we celebrate Thanksgiving. How do you celebrate the holiday?

Whether you need your very first apartment home or are relocating to the area, Apartments of Harborside Village would love to be your dream apartment home. Looking for beautiful waterfront apartments in Joppa, Maryland? Let us show you one of our spacious and affordable apartments at the Apartments of Harborside Village. To learn more about our apartment options, visit us online, give us a call at 410-679-1130, or email us. For a peek into what it’s like to live in our community, follow us on Facebook, Twitter, Pinterest, Google+, and YouTube!