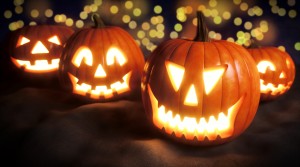 Jack-O-Lanterns will light up the front of homes all over the world this week, but what do they really mean and where did they come from?

From pumpkin flavoring to decorations, this fall orange gourd is everywhere. But how did the tradition of carving faces and designs become so popular that it became a tradition of families on almost every continent? Well, let’s take a look at how this tradition got its roots in Ireland.

Humans started cultivating gourds around 10,000 years ago. These vegetables had many uses to these early humans and could be used for things like furniture, dishes, tools, and even musical instruments. But 700 years ago, the Polynesian people from south-eastern Asia, known as the Maori, began carving gourds into lanterns to light their way. From there it began to evolve into a practice all over the world.

According to Irish folklore, there was once a man known as “Stingy Jack.” Stingy Jack was extremely cheap and once invited the Devil to the pub to have a drink. While out, Jack convinced the Devil to shape-shift into a coin to pay for the drinks. When the Devil agreed, Jack decided to keep the coin for another purpose and put the coin into a small silver cross to prevent the Devil from changing shape. Jack finally agreed to free the Devil under two conditions: the Devil had to leave him alone for one year and he couldn’t claim Jack’s soul when he finally died. The Devil agreed and left him alone for one year. A year later, Jack tricked the Devil once again into climbing a tree to retrieve a piece of fruit. Once in the tree, Jack carved a cross into the bark, trapping the Devil. This time, Jack wanted to be left alone for 10 years. The Devil agreed and left Jack. As mortals do, Jack eventually died. God, seeing how tricky and cheap Jack was, didn’t let him into heaven and the Devil couldn’t claim Jack’s soul because of his bargain. Jack’s soul was left to wander the earth unclaimed. As his soul wanders around, he holds a carved-out turnip with burning coals inside to light his way. Stingy Jack has been roaming the earth ever since. Because of his lantern, Stingy Jack’s name was turned into “Jack of the Lantern,” which was shortened into “Jack O’Lantern.”

From Legend into Tradition

The people of Ireland and Scotland began this tradition by carving grotesque faces into turnips, potatoes, and beets in order to frighten away the spirits doomed to this fate like Jack O’Lantern. Over time they became known as Jack-O-Lanterns and were used to guide people dressed in costumes during the Gaelic holiday of Samhain, the festival marking the end of the harvest season and the beginning of the “dark half” of the year. When the Irish and Scottish immigrated to North America in the 1840’s, they brought over many traditions including Samhain and Jack-O-Lanterns. Pumpkins are a native species to North America and were used because of their ability to grow.

Today, Pumpkin carving has spread around the world for Jack-O-Lanterns. This custom has become one of the symbols of Halloween and has made its way into decorations, foods, drinks, and advertisements for the holiday of All Hallows Eve.

Categories: Apartment Living
This entry was posted on Monday, October 26th, 2015 at 3:25 pm . Both comments and pings are currently closed.